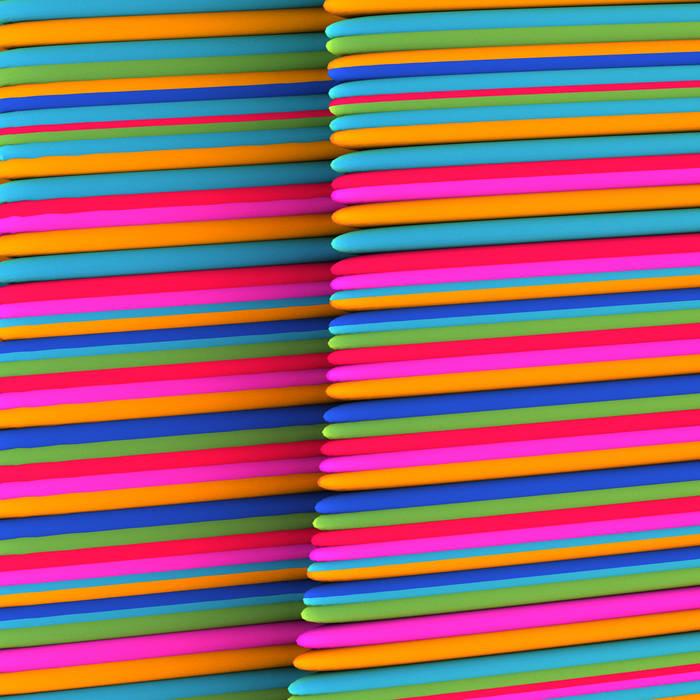 Late last year I received a FB message from my friend, Chelsea aka Cherushii, and she told me her boyfriend, David Last, was sitting on a goldmine of material he'd recorded as a youth in Wisconsin and NYC. She said he wasn't sure he wanted anyone to hear it, but, she was sure EVERYONE needed to hear it. As was her wonderful way, she also told me it would be perfect and true to the period if it came out as a tape and that Jacktone should be the label to do it (a master of the pitch, always). She concluded by saying David was sitting next to her as she was writing the message and was groaning and unsure that he wanted to allow any of us access to this hard drive. Chelsea thankfully convinced David to release the music and the resulting collection of tracks make up this album, "88-99."

From that moment, we knew "88-99" was going to be a special release for us. From Chelsea's kind insistence that it come out to its time capsule nature - from the gear used to the years created as well as the different physical settings in which each track was recorded.

Then, of course there's the music itself. In the 80s & 90s, there were less strict genre rules in making electronic music. Most people experimented, and this collection of songs is proof. David said it didn't occur to him to make music that fit into a genre, or follow others. That said, there are influences: dub reggae, industrial, techno, idm, shoegaze & 90s hip hop. These tracks do wear their influences on their sleeves at times, but, they also reveal a young and fearless musician progressing at an incredible rate. As a teen, David began recording these tracks in his mother's basement, where he had a setup that included a drum set, guitar amps, a sampler keyboard, synths and a couple of drum machines. Once he moved to Brooklyn in the mid-90s, he recorded in his tiny Park Slope apartment with friends, including a couple of neighbors: Yusuke Yamamoto & Takuya Nakamura, jazz musicians who were also interested in electronic music. Some tracks were also recorded while traveling - one in Tokyo, where David was playing gigs for a short time with a Japanese psych-rock band.

The liner notes detail the gear David used for each track, as well as the year it was recorded to provide context. The majority of sound sources are hardware synths, samplers, and cassette recordings, along with drums, guitar & some other traditional instruments.

The release is dedicated to Chelsea - without her, this collaboration would not have happened. We worked closely with David on the design and artwork - the vibrant colors David chose for the album reflect Chelsea's warm and optimistic outlook, as well as brilliant talent and personality. We couldn't be happier to release "88-99," we hope you enjoy it.